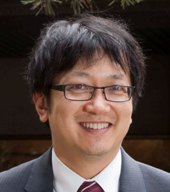 Since joining UBC in 2003, Prof. Henry Yu has worked closely with local community groups in Vancouver and across B.C. to recover the lost and ignored histories of trans-Pacific migrants to Canada. In particular, the understudied history of Chinese Canadians, who now make up over a third of the population of Vancouver and who have been the largest group of immigrants to Canada over the last two decades, has been the focus of his scholarly research, undergraduate and graduate student training, and community outreach initiative. He is the Director of the Initiative for Student Teaching and Research in Chinese Canadian Studies (INSTRCC.ubc.ca) at UBC, and the Project Lead for the $1.175 million “Chinese Canadian Stories” project (chinesecanadian.ubc.ca) involving UBC, SFU, and a wide spectrum of academic and community collaborators. Prof. Yu is currently working on a trio of book projects that each aim to provide new perspectives on global and migration history–1) “Pacific Canada,” which explores the history of Canada as an engagement between trans-Pacific migrants, trans- Atlantic migrants, and First Nations and aboriginal peoples, 2) “The Cantonese Pacific,” which argues for the importance of understanding three centuries of trans-Pacific migration in the making of the contemporary world, and 3) “How Tiger Woods Lost His Stripes,” which examines the fascination with interracial sex. 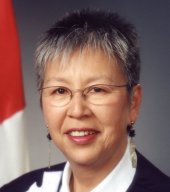 A descendant of a Chinese immigrant family that first came to Canada from China in 1912.  Issues that are close to her heart are the discriminatory legislation, from the Head Tax Act to the Chinese Immigration Act.Among the different Chinese Canadian events and issues she has been participating in, Senator Dyck Quan spoke publicly on many occasions including TV interview in Toronto, Chinese Canadian National Council Press Conference and Chinese Canadian National Council’s Annual Tribute Dinner in Scarborough, ON and attended various Chinese celebrations and events. In November 2009, she was invited to attend International Tourism and Culture Festival and the Pan-Pearl River Delta Convention in Guangdong. Besides meeting senior officials, she visited her father’s ancestral village in Guangdong.

Senator Dyck Quan has been active in meeting with Chinese local organizations in Vancouver and Victoria. In February, 2011, she attended a banquet for the Kaiping Delegation from Guangdong in Vancouver.  Many Chinese delegates from Kaiping as well as Chinese dignitaries in Canada were present. On April 15, 2011, Senator Dyck Quan was invited to be a Keynote speaker at Conference called “Nation Building in Canada: Chinese Perspectives” at the University of Toronto, where she gave a speech entitled, “Intermarriage between First Nations women and the early Chinese male immigrants.” 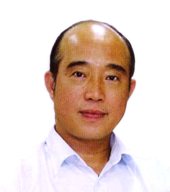 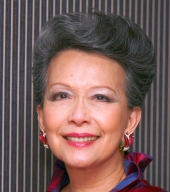 An author, entrepreneur, fashion designer, historian, corporate director, and Chancellor Emerita of the University of Toronto, Senator Poy was the first Canadian of Asian descent to be appointed to the Senate of Canada. Senator Poy is a well known proponent of multiculturalism, and intercultural dialogue.  She was instrumental in having May recognized by the federal government as Asian Heritage Month in Canada, and has spent many years advocating for the greater economic, political, and social integration of immigrants, new Canadians and visible minorities across Canada.  In addition, Senator Poy is a noted scholar and historian, whose academic interests are focused on the history of the Chinese in Canada, the history of Hong Kong and modern China.  Born in Hong Kong, she was educated in Hong Kong, England, and Canada.  She is the author and editor of several books, with an M.A. and Ph.D. in History from the University of Toronto.  She also completed a Diploma in Fashion Arts at Seneca College.

As a result of her leadership in politics, the community and education, she has received many awards and honors from Canada’s diverse communities.  In recognition of her national and international achievements, she has been awarded several honorary degrees from universities in Canada and around the world.